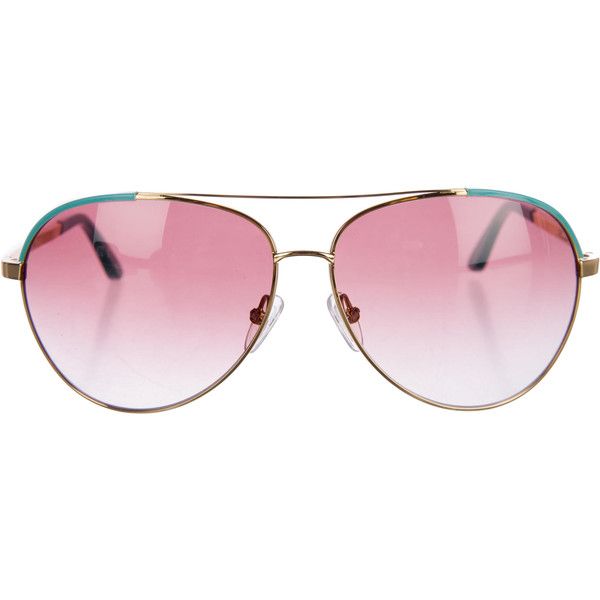 As I sat through the gameplay reveal for Cyberpunk 2077, I couldn’t help but think how gorgeous some of the visual aspects of the game were. The city feels alive, the combat looks fun as hell, the lighting, textures, and so forth look solid. But, one thing I really appreciated was that the Studio Head of the publisher for the game made a HUGE effort to let us know it wasn’t a finished product. He made it a point to even say they were hesitant to show it to the public because it doesn’t necessarily represent their finished product. To me, this will be a factor in my decision to purchase this game. I feel that the level of honesty here is something we don’t see all the time. Either way, while I don’t expect it to look this nice, just in case they have to make major changes to support console performance, I’m still hyped.

On the other hand, too many times we see reveal trailers, at things like E3, or Gamescon, that show gameplay or graphical triumphs, that quite frankly, just end up being bullshit. In the wake of people already complaining that the new spider man game for PS4 has seen “graphical downgrades” from the original gameplay footage shown at E3, it got me thinking, why the hell is there one or two of these “controversies” every single year? For instance, in the case of Spiderman, here’s an example of a twitter exchange between Insomniac’s (game developer) Community Director and one twitter user regarding perceived downgrades between the original footage, and the gameplay footage from streamers who have advanced copies for review. 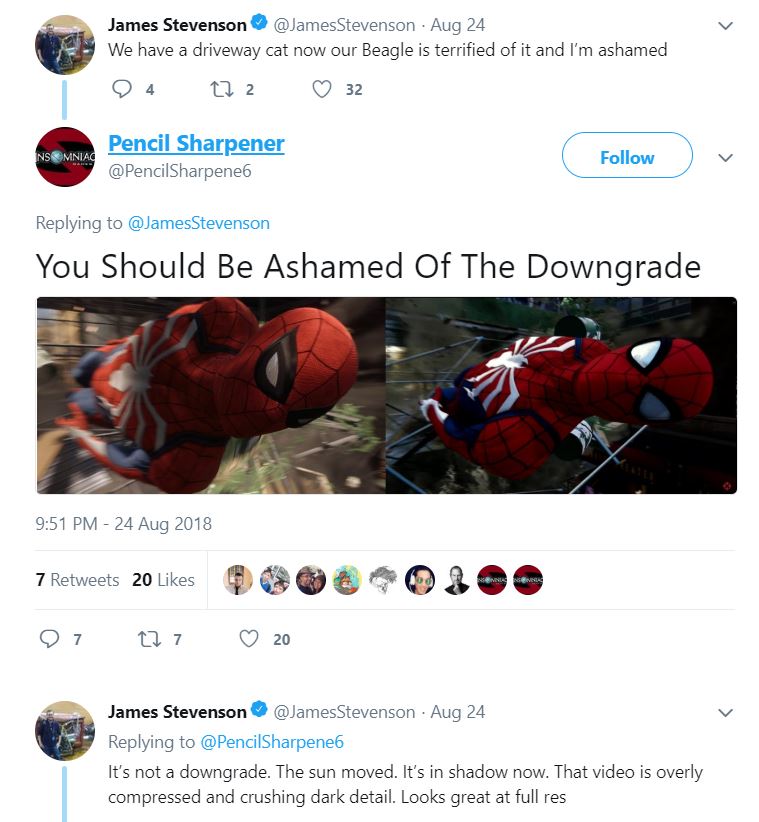 Realistically this “could” be a lighting issue, but more notably it really DOES look like there’s less detail in the more recent picture, vs the original gameplay footage. There is also a running joke about how puddles in the game don’t look as good, or aren’t as big. While it’s a “lol it’s just puddles” situation on paper, but when you actually look at some of these screen shots, the water legitimately doesn’t look quite as good, and the suit does look less detailed. Here’s another example….

Given that the specifications of the systems these companies are working with, and the fact that they typically have dev kit systems to work with, it seems as though it’s blatant misdirection to run these reveals and trailers on PC’s is the graphical equivalent of “catfishing”, i.e. misrepresenting the actual product by cherry picking things to make it look as good as possible, even though it won’t look nearly as good on release. Given that gamers aren’t exactly stupid, as we’ve seen multiple outcries about this stuff before, it’s interesting to me that this kind of thing continues to be an issue. Granted, I understand that there may be more control and reliability running a demo on a PC vs a dev kit, but cranking up specs and cherry picking moments that can’t be recreated on the consoles they have is borderline deceptive practices.
In the last few years we’ve had graphical controversies over Watchdogs, Witcher 3, Farcry 3 & 4, Dark Souls 2, Forza Motorsports 5, Colonial Marines Final Fantasy 13, and more. Listen, devs, publishers, & studios, I don’t portray myself as 6’5″ and having 6 pack abs on the Internet, don’t portray your game with graphics that PC’s aren’t even capable of on “Ultra” settings without several community made mods half the time, let alone consoles. If you make a truly great game, people are going to love your game. If you make a game that catfishes people by making them think it’s going to look gorgeous, you sell 10 million copies of Watchdogs. Wait….fuck.