I’ve seen a lot of back and forth on this issue on various forms of social media. Now, if you bought fortnite on PC, or are one of those players that have been with this game through the development of the game, it’s pretty clear that you knew what you were getting into.  On their website, they make it very clear that the game is currently in development. However, there is a lot to be desired when it comes to the official description of the game, as released by Epic, to retailers.  I feel like it’s kind of a stretch to believe that your average console gamer is going to go visit the website for every game they intend to purchase.  I feel it’s more realistic to expect gamers to use the information provided by the retailer, or marketplace they choose to buy their games from.  Being that xbox live, and playstation network often have screen shots, gameplay videos, or even twitch streams of these games, it often puts all the information you need to make an informed purchase right in front of your face.  Unfortunately, this is where Fortnite stumbled.  Whether they knowingly did this, I’ll never know, I don’t work there.  However, to me, it seems fairly blatant.

I’m going to show you some examples of what the description of the deluxe edition, the normal priced, $59.99 edition that it seems most people have geared towards, looks like on the Playstation Network, and Xbox Live marketplaces.

One thing noticeably missing from both of these descriptions, is the fact that the game is not complete. It’s not even referred to as “In Beta” in these descriptions. I thought, hey, maybe this was just a mistake. It’s possible they just sent the same description to both marketplaces and accidentally omitted that piece of information. S, what I did was, looked at other retailers websites to see if the descriptions were different. Here’s what the descriptions look like for Best Buy, and Gamestop.

I also looked up the description on other sites, including amazon, and saw the same thing pretty much everywhere.  Even giving the benefit of the doubt that maybe they just sent the same exact publisher/developer description to EVERYONE, at this point the game has been out for 3 weeks, with no update to these descriptions. In this three week span, I’ve seen several interactions between the devs and fans on social media. They seem to respond readily to positive, and general feedback to help improve the game.  However, when people bring up issues like this, or the aggressive mcirotransactions dominated by RNG, there’s no response.  Things like that lead me to believe even more, that they are well aware, and are just hoping people stop talking about it after a while.  To me, as a fan, and a person who’s spent a lot of time and money with epics previous games, this feels a bit like a slap in the face. 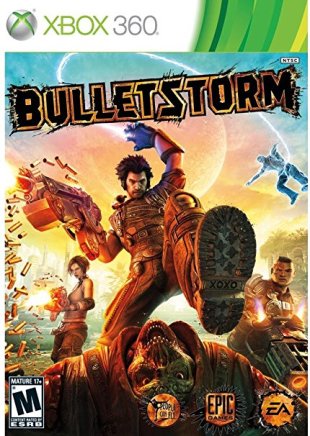 However , one thing I don’t think a lot of people realize, is that after Gears of War 3, a Chinese company named TenCent bought 40% of Epic’s shares.  Around this time, Cliffy B. (The media darling of the Gears of War Franchise, and former design director for Epic) departed the company, citing that the creative process that was able to pump out the beloved Gears of War franchise, had become toxic and disregarded.  I guess it’s possible with TenCent having a seat on the board that there was pressure to create a game who’s sole purpose was to monetize the game playing experience, leading to what Fortnite is, and will become. Given that other projects since then like Paragon and Battlebreakers are trying to take on the MOBA arena, it’s pretty clear Epic has changed their MO completely.

In 2018 this game will be free to play, with microtransactions and RNG being your best hope at some sweet loot. The actual main story mode itself typically doesn’t garner any mind blowing loot, so your average person will likely have to fork over some cash to get those sweet, sweet legendaries.  However, currently the game sells for anywhere from $39.99 to $149.99, with the higher cost version coming with extra characters, weapons, and general chances for loot.  But still, even though they are selling an unfinished product that will be free to play next year, the large majority of their marketing towards console gamers feels like it’s going out of it’s way to not mention it.  As far as I’m concerned, I don’t think that’s right.